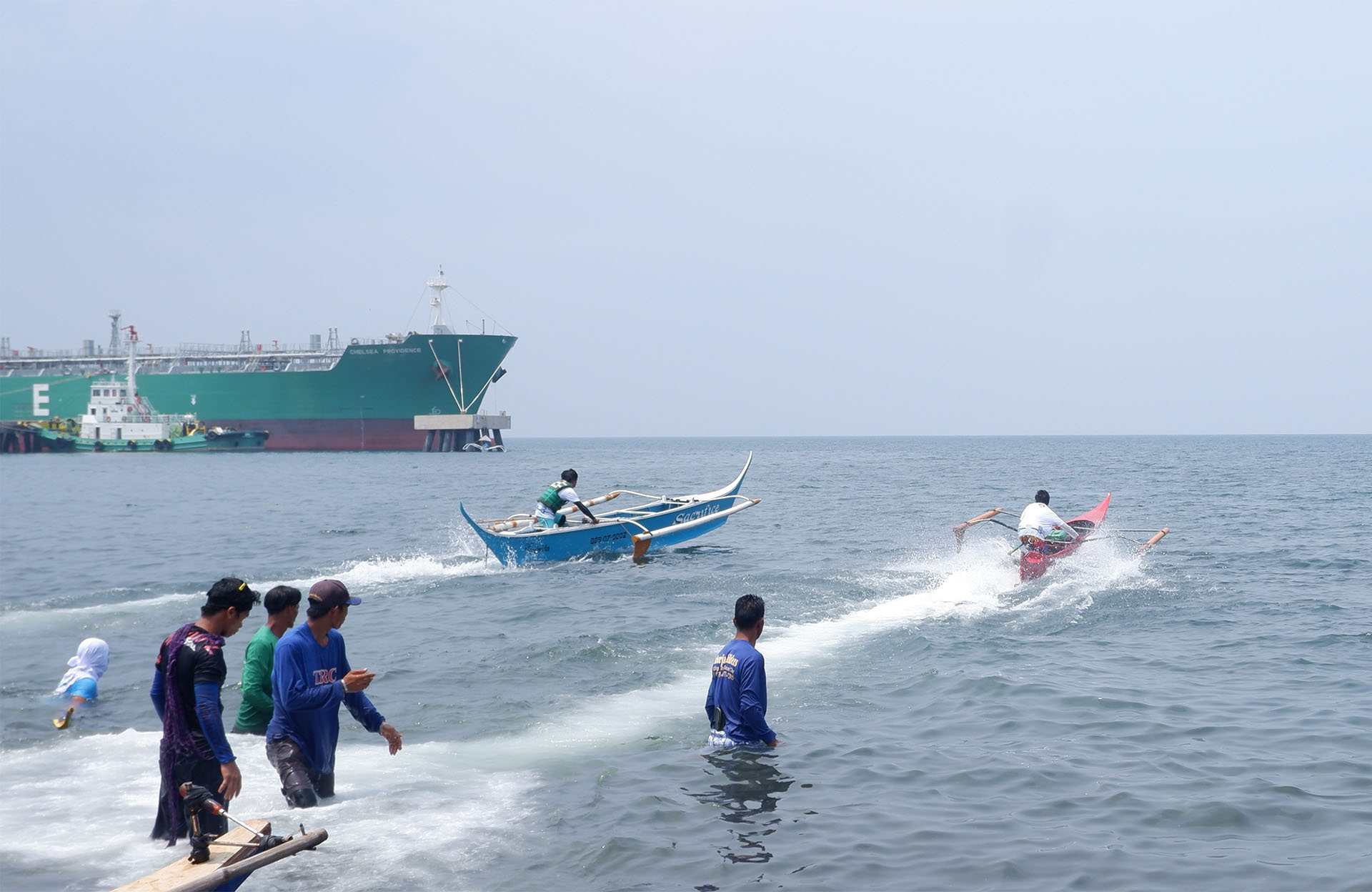 It was a glorious day for Brgy. Salong as top speed and maneuvering skills were once again showcased in this year’s Bancarera, the annual fishing boat competition hosted during Calaca’s festivities.

Thirty-seven participants from all over the country vied for the crown as they displayed their top of the line ability to race their ways to the championship round.

The game was divided into three rounds with each player given three chances to make their complete rounds. Two markings were placed on the perimeter where a participant glided his way against a competitor as fast as possible.

Team Wild Cat’s strategy and agility prevailed as they bested thirty-six teams. Their hardwork and preparation paid off as they successfully claimed this year’s title.

On the other hand, Team Storm managed to land as the 1st runner-up while Team Gigil and Team Cobra were hailed as 2nd and 3rd runners-up respectively.

Winners received cash prizes and trophies while fun and laughter continued in celebration of the last day of fiesta.

South Pacific Incorporated is one of the event’s sponsors.