South Pacific Inc. (SPI) is a 100% Filipino-owned company engaged in the downstream business of LPG industry.

Situated in an ideal and strategic location in Calaca, Batangas, SPI’s large storage capacity and ample draft of jetty makes it capable of receiving refrigerated cargoes from Very Large Gas Carriers (VLGC) which gives the company the most competitive gas cost in the country.

SPI, alongside its stakeholders, commits to continuously provide quality LPG products and to render the most efficient service to its customers in fulfillment of its Vision.

Geared towards amplifying its business, SPI is continuously making progressive efforts through expanding and establishing its network. To date, SPI also operates and maintains its terminal in Mandaue, Cebu and San Simon, Pampanga.

In 1998, the Ty family braved the LPG industry targeting the Cagayan Valley Region (Region II) as its main market. As business progressed, a network that spanned around 85% of the region has been established. Providing quality LPG (Liquefied Petroleum Gas) across the Island of Luzon, the company expanded its operations and built more refilling plants in the National Capital Region, Region I, Region III, and Region IV-A.

SPI’s terminal is strategically situated in a multi-hectare Industrial Park located at Calaca, Batangas – an ideal and strategic location due to the deep portions of Balayan Bay and its own port capable of handling Very Large Gas Carrier (VLGC) with up to 14 meters draft or up to 55,000 deadweight tonnage (DWT).

With over six (6) years of operation, SPI is one of the fastest growing LPG companies in the Philippines. Based on the data released by the Department of Energy, SPI showcased in its Sept 2021 YTD market share an impressive 22.64% – making us Top 2 in the Oil and Gas sector. To date, it is continuously expanding in the Visayas and Mindanao regions in its commitment to constantly provide quality LPG products as well as to render the most efficient service to our customers in our pledge to be the leader in the gas industry by exceeding customer needs with the highest standards of safety and quality.

Our Terminals and Facilities

SPI’s first terminal is strategically situated at Calaca Industrial Seaport Corporation (CISC) in Batangas. The company started its commercial operation with three surface-mounted storage at combined capacity of 6,000 metric tons (MT) on October 25, 2015. At present, SPI has a total of eleven fully-commissioned and operational surface-mounted storage with a total of 22,000 metric tons capacity.

Our company boasts its Marine Loading Arm (MLA) – a modern, huge, and leading-edge equipment that has an emergency release action for a faster and efficient loading and unloading of LPG that runs through the 1.4 kilometer pipeline from the port to storage.

Inside the terminal, SPI can blend propane and butane to formulate for the key markets in the Philippines. It has an eight-lane gantry bay area for speedy and efficient product loading.

Moreover, SPI established and operates its second terminal in Mandaue City, Cebu. Geared towards catering its services in the Visayas region, the second terminal started its operation last January 2019 with 2,000MT storage capacity. Located inside Arctura Petroterminal in Mandaue City, SPI Cebu Terminal operations will be similar to that of Calaca – selling bulk product to customers. Cebu Terminal will be serving not only in Cebu, but to its neighboring islands as well such as Negros, Bohol, Samar, and Leyte.

On the other hand, another terminal in Central Luzon has been opened. Located at San Simon, Pampanga Industrial Zone is SPI North Hub – with 300MT storage capacity.

Furthermore, SPI owns and operates its own fleet allowing the company to efficiently serve our customers. The fleet is equipped with Global Positioning System (GPS) so that we can protect the interest of our business and our customers.

To serve and reach more customers, SPI aims to construct five more terminals in the Southern islands of the Philippines.

We commit to provide efficient service to our customers, exceeding their expectations.

We commit to provide the following to our employees: above-industry compensation package, work-life balance policies and activities, equal opportunity through diversity and inclusions, and continuous career development.

Bounded to multiplicity of resources, we commit to maximize options by establishing partnership with various suppliers

We commit to deliver to our shareholders an acceptable return on equity by way of an assured growth in the company’s bottomline.

Doing what is ethically correct and morally right to the employee, the company, the community, and country even no one else is watching

Doing everything with heart. The willingness to go about one’s job as of the company were his own, relates with staff as if they were family.

Works collaboratively together with others to achieve team goals and objectives.

The logo  comprises of the company name’s initial letters that are then arranged in an outline similar to that of number eight. Its continuous loop represents SPI’s never-ending commitment and willingness to evolve in the face of difficulty while maintaining passion, camaraderie, and steadfastness that build an institution.

Moreover, the logo’s colors, which are red, green, and white also plays a significant role in the development of the company’s business. Color red symbolizes joy, happiness, and good fortune; green for health and prosperity; while white is for purity. These representations stand for the traits and qualities that the company deem important in its effort to fulfil its tagline, “Working for a triple bottom line.” 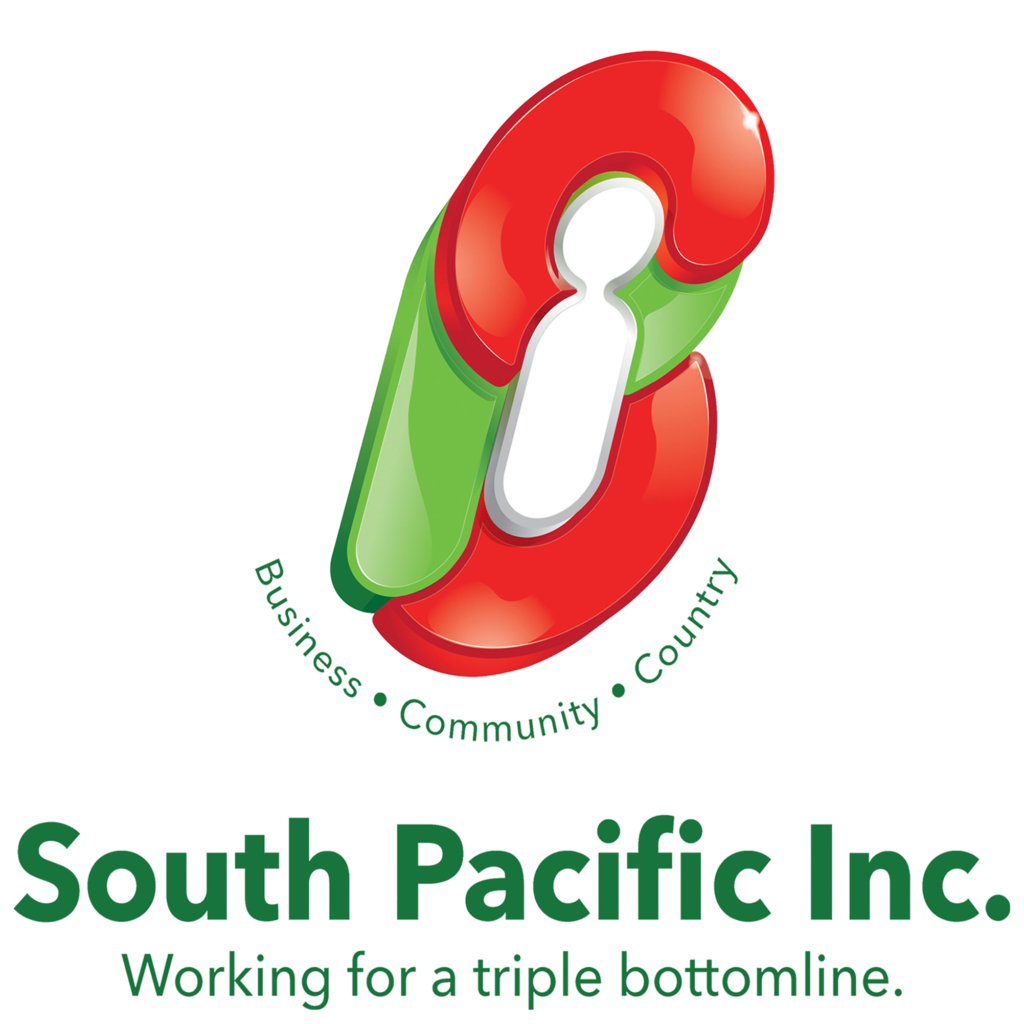