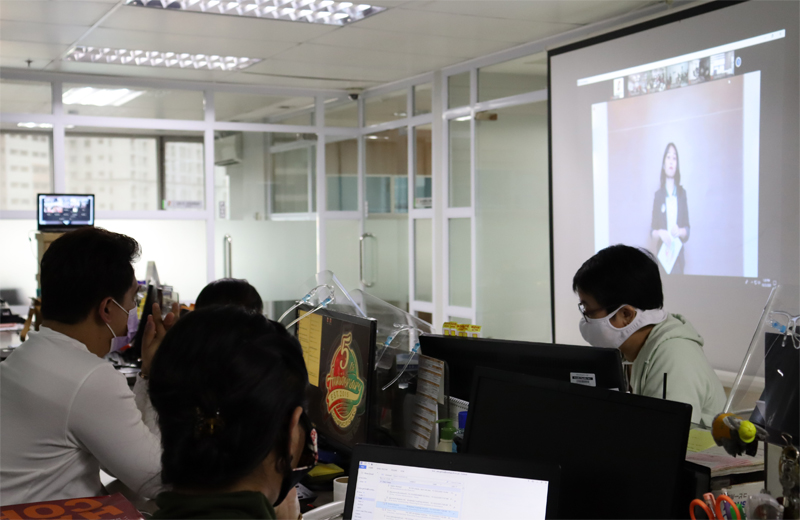 Mr Elvin Joseph Aquino, Corporate Safety Manager opened the ceremony with some reminders to ensure the well-being of the employees while Engr. Ronie H. Badidles, General Manager for Sales and Marketing gave the welcoming remarks.

Participants were taken down the memory lane as the event progressed – allowing each to reminisce how the company started and where it is standing right now.

Moreover, one of the virtual celebration’s highlight was the Tatak SPI knb? activity – a game hosted through a third party application that put the participants’ wit into a test.

The game was divided into three rounds: Elimination, Semi-Final, and Final Round. Only the top five qualifiers made it to the final round.

On the other hand, alongside the anniversary celebration, our very own CEO and President, Mr. Iñigo O. Golingay, Jr. gave his closing keynote on “High Impact Leadership: Putting People First” at the 57th PMAP Annual Conference.

Mr Golingay discussed the values that the organization is upholding and is guiding every employee that empowers the company as a whole.

The talk ended by showing the “Tatak SPI” campaign – a project portraying the attributes that make each SPI employee standout from the rest of the crowd.

The virtual celebration is set to be continued on the company’s Christmas Party celebration on December 4.